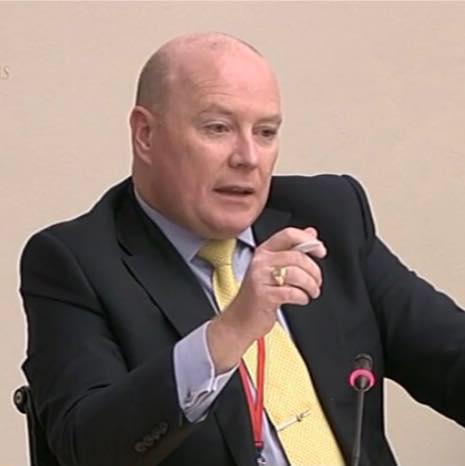 RJI today announced the appointment of Ireland’s Austin Stack to its Global Advisory Council. Austin is a founding member of the Independent Victims and Survivors Coalition and a campaigner for a Post Conflict Commission in Ireland. He is an Assistant Governor in the Irish Prison Service. Austin is the son of Brian Stack who was Chief Prison Officer at Portlaoise Prison, a maximum security prison in Ireland. Austin’s father was shot and fatally wounded by the Irish Republican Army (IRA) in 1983.
After facing constant denials by the IRA and Sinn Féin, regarding his father’s death, and a lack of progress in the police investigation, Austin opened a line of communication with the leadership of Sinn Féin. Using restorative justice principles Austin and his brother were taken to a secret location in August 2013 to meet with IRA leadership.
“RJI is pleased to appoint Austin Stack to our Global Advisory Council and know that the work he does in Ireland, and elsewhere, to advocate for restorative justice will profit many victims of violence,” said Lisa Rea, president of RJI. “Restorative justice principles promote truth telling, offender accountability and healing and restoration of crime victims and their families, as much as possible,” she  said.
Restorative Justice International is a global leader in restorative justice advocating for its use in the U.S. and world-wide. RJI has 6000 members and affiliates globally and seeks to educate stakeholders while advocating for victims-driven restorative justice. RJI’s Global Advisory Council is diverse representing some of the best experts in the growing field of restorative justice providing a new vision for reform of our justice systems.
Our podcast with Austin in April 2019 is provided here:
http://www.restorativejusticeinternational.com/2019/austin-stack-podcast-ireland-april-22-2019/