Lisa Rea is RJI’s president and founder. Lisa is a national and international restorative justice expert with 25 years’ experience in the field of criminal justice reform with a deep background in public policy and legislative advocacy. She is a former California legislative staff person and subcommittee consultant. RJI’s Global Advisory Council (GAC) is comprised of influential and esteemed global leaders in restorative justice, justice reform and human rights efforts.

RJI is a central hub where lawmakers, nonprofits, universities, crime victims, businesses, law enforcement, government agencies, ex-offenders, people of faith and all those interested in justice reform can share information about restorative justice and learn about best practices worldwide. RJI’s focus is to educate and advocate for restorative justice on the cutting edge.  We know that every day robust changes are taking place in the field of restorative justice.  RJI tracks those advances and shares them publicly. We highlight and showcase restorative justice leaders and organizations doing restorative justice in a robust manner through RJI’s podcasts.

We support public policies that promote victims-driven restorative justice stressing the need to restore the victim, as much as possible, and communities also injured by crime. Restorative justice urges offenders to take responsibility for their actions, as directly as possible, since through offender accountability real rehabilitation occurs and successive re-entry is more likely. RJI is in support of in-custody restorative justice programming which can open the door to direct victim-offender dialogue.

Our Global Advisory Council (GAC) includes the following esteemed members. We thank each member for their great and unique contribution to RJI. Click on the image to meet the team. 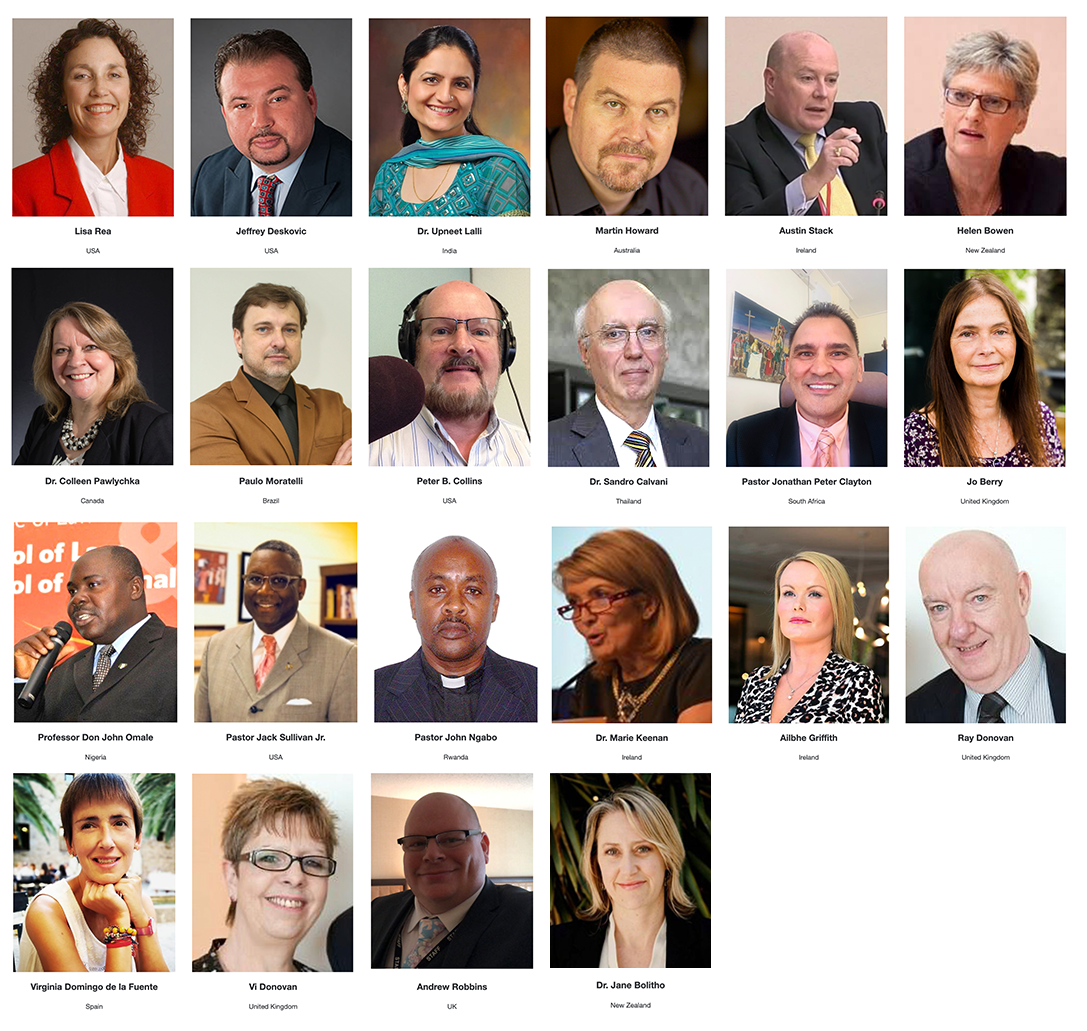 Our mission and goals are the following:

a) work globally, nationally and locally to build support for victims-driven restorative justice and to expand its use throughout our criminal justice systems;

b) host gatherings (including online), symposiums and panels to educate new members, prospective members, public officials, the public and the media;

2. Highlight the work of RJI Affiliates who are doing restorative justice around the world and provide opportunities to tell their stories through the media/press and social media

3. Develop public policy models and legislation to expand the use of victims-driven restorative justice

4. Partner with others to launch pilot projects and model programs to test new restorative justice approaches;

a) recruit legislative advocates (i.e. lobbyists) and provide training to make them more effective in making the case for victims-driven restorative justice

b) provide guidance to advocates

7. Recruit and educate victims of violent crime to support the work of RJI.

8.  Create and expand a legislative network inside RJI composed of the following:

a) grassroots supporters of RJI around the globe;

10. Speak nationally and internationally on the work of RJI.

11. Examine and speak out on wrongful convictions. Work with those who have been wrongfully convicted and seek to right the wrong of wrongful convictions. Restorative justice applies to miscarriages of justice since the real offender has not been found in such cases while an innocent person is doing time for a crime he has not committed. No victim of violence wants to see an innocent person in prison or on death row for a crime he did not commit.

12. Expand RJI’s Ambassador of Restorative Justice Network. If you would like to serve as an Ambassador contact us.

Join us as an Affiliate Member at the website (see tab under Join Us) or choose to contribute directly to RJI.  You can also suggest a way of partnering with RJI in new and creative ways. We think big!

Find us at LinkedIn.com and Facebook.com

Special thanks to Martin Howard (Australia) for his web design assistance and podcast support.   www.martinhoward.info

We also appreciate the support we have received from Peter B. Collins of Collins Media Service (California, U.S.) in assisting with our video and podcast production.  https://www.peterbcollins.com/about/