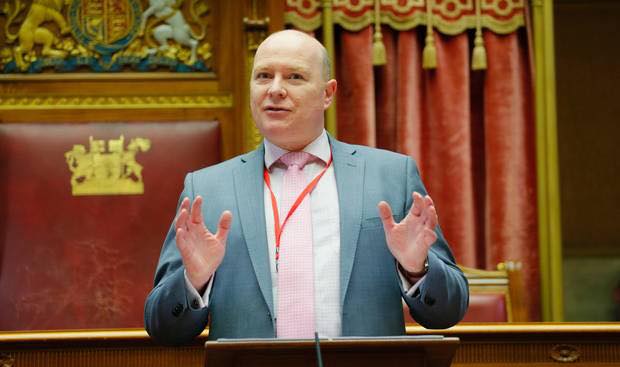 April 22, 2019 4:00pm PST
Today’s podcast is with Austin Stack from Ireland. The conversation with Lisa Rea runs 54:55 minutes.
Austin is a founding member of the Independent Victims and Survivors Coalition and is a campaigner for a Post Conflict Commission in Ireland. He is the son of Brian Stack, the Chief Prison Officer in Portlaoise prison, who was shot and fatally wounded by the IRA (Irish Republican Army) in 1983. Faced with constant denials by the IRA, and Sinn Féin, and a lack of progress in the police investigation, Austin opened a line of communication with the Sinn Féin leadership.  Using restorative justice principles Austin and his brother, Oliver, were taken to a secret location in August 2013 to meet with the IRA leadership.  At this meeting the IRA finally admitted to his father’s murder. However, the story was not over.
BBC  News:
https://www.bbc.com/news/world-europe-22475310
Austin is an Assistant Governor in the Irish Prison Service. He holds a BSc (Hons) in Social Policy and Criminology and is in his final year of an MSc in Restorative Practices at the University of Ulster. He is a frequent media contributor both in Ireland and the UK regarding victims and conflict resolution issues. He has also presented papers at parliamentary committees and many international conferences.
This is the story of Austin Stack and his father, Brian. This podcast is in the memory of Brian Stack.
If you are experiencing difficulty with the player below click here to listen