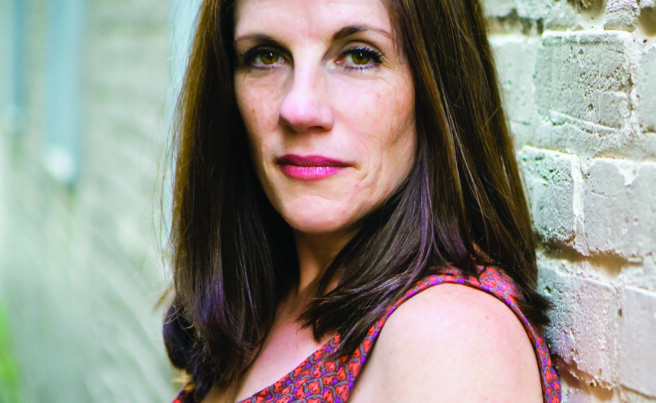 Today’s guest is Therese Bartholomew, a victim/survivor of violent crime. Therese is a teacher, author, film maker and social justice activist currently based in Wyoming.

Therese’s brother 33-year-old Steve Leone was shot to death at a night club on February 12, 2003 in Greenville, South Carolina. Therese chose to meet the man who killed her brother, Karl Staton, while he was serving prison time for her brother’s death. Her choosing to participate in an in-prison restorative justice meeting made Therese the first victim of a violent crime to meet her offender inside a South Carolina adult prison. The filming of that meeting is in her documentary, The Final Gift.

Therese’s film and other resources including her book, Coffee Shop God, can be found at  her website:

This podcast is an expanded look at the life of one crime survivor years after she met her offender. Therese explains how restorative justice helped  her heal and find her voice.  We talk about the barriers that still exist for crime victims seeking to participate in restorative justice processes and what’s needed to bring more healing to victims and communities. It is crime survivors like Therese who show us the way forward.

We thank Ms. Bartholomew for her strong advocacy for victims-driven restorative justice. We also thank her for her gracious support of RJI including giving us permission to use a portion of her film to tell her story in RJI’s short video.

This is wonderful. Therese is a dear friend of mine and an amazing strong person. She has done so much to spread the word about the power of restorative justice. Thank you for sharing her story. The world needs to hear from her more.
My father and I survived attempted murder by my estranged abusive husband a number of years ago. We were both stabbed. My son was just 8 months old at the time. I lived in fear of my attacker for decades because I was stalked and receive death threats, even from prison. He served 7 years of a 20-year sentence and reoffended 3 years. I give testimony in the sentencing phase of his subsequent trial and he was given a life sentence. I was relieved I would never have to see him again. But when my son was 25, I learned that his father was dying in prison I made a decision to take him to meet him. I couldn’t get any help or support from the prison chaplains or anyone. I drove across country and we went in alone. We ended up spending two afternoons with David and it was a transformative experience for all three of us. I had worked for justice for many years but this was an opportunity for more meaningful justice and for me to extend mercy as well. I have worked in violence against women as a professional and an expert consultant for many years. Restorative justice is very frowned upon in most of the violence against women community. But there is a time and place for it in certain cases and under certain conditions, if it’s what the victim wants and it’s safe. My son and I are very grateful for experience. Thank you for the work you are doing, and educating about the power of restorative justice.

Thank you for your comments, Julie. RJI is glad you found restorative justice for yourself. In the cases of violence against women we are working to remove barriers that prohibit the use of restorative justice in such cases. We know that crime victims–survivors need to make this decision for themselves. Find our podcast with Ailbhe Griffith and Marie Keenan on this site also. We are so glad to tell Therese’s story and encourage followers to find her website also.