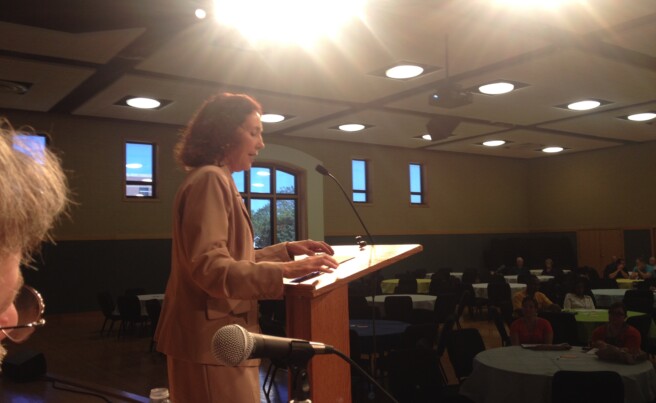 The opinions expressed reflect my own views as president and founder of Restorative Justice International and not the position of the organization itself. My views reflect my 25 years’ experience advocating for criminal justice reform and restorative justice nationally and internationally. My views also reflect my work as a staff person inside the California Legislature, as a lobbyist, and as a former candidate for Congress in California’s 4th congressional district.

Even at this late hour it seems important to explicitly take a position on the U.S. presidential race between this sitting president and Vice President Joe Biden and Senator Kamala Harris. We are at the end of the game with the election days away, yet it seems that it might not be over on November 3. There is no way to evaluate these two presidential candidates from a criminal justice reform and prison reform perspective without stepping back and noting that this is a year like no other politically. We cannot compare records between candidates in the normal way citizens would do when we have watched the president in action for four years. His disregard for justice has been steady and increasingly reckless. The rule of law which defines this nation and guides our democracy has been ignored and undermined.

Many try to compare this sitting president’s record with Mr. Biden long-term record in Congress and often cite his support for the 1994 crime bill, the Violent Crime Control & Law Enforcement Act of 1994. They point to that legislation as causing mass incarceration. Yet, many argue that mass incarceration was very much a reality in this nation long before the 1994 crime bill was signed into law. Even U.S. Senator Bernie Sanders, a former progressive presidential candidate, supported that crime bill—a fact many forget. The crime bill did many things including providing monies for more police officers, drug treatment and other goodies to states.  We know it was not good legislation. But in 1994 the nation was quite mad for tough on crime rhetoric. That year I was lobbying for restorative justice in the California Legislature representing Justice Fellowship, an affiliate to Chuck Colson’s Prison Fellowship Ministries. Justice Fellowship took a strong position in opposition to Three Strikes which was introduced by multiple California legislators, Republican and Democrat, and then appeared on the California state ballot as an initiative. Tough on crime rhetoric was the norm. It is something we must fight still today with more vigor and common sense. We must apply what we know now.

But witnessing this sitting president in action with a total disregard for justice for immigrants (caging children of immigrants), fully endorsing the expansion of for-profit private prisons, reinstating the use of the death penalty for those on federal death row while beginning executions this year, and declaring that that drug dealers should receive the death penalty it is hard to see a president committed to criminal justice reform. But what has made his positions so offensive is the rhetoric we have heard routinely which has fueled hatred amongst us and has deeply divided us as a nation. Because of his actions and his hate speech we care less for each other at a time when we should care more.

Some highlight the president’s signing of the federal First Step Act which has some merit but its impact on prisoners serving time in the federal prison system is very limited given that only 154,859 inmates are serving time in federal prisons out of 1.5 million inmates currently incarcerated in the U.S. While the president has commuted one notable prisoner, Alice Johnson, he chose largely to commute the prison sentences of just a few of his close personal friends and political cronies.

For me, the issue is bigger. Vision for justice reform, prison reform and restorative justice as a foundation for systemic justice reform is a vision that cannot be embraced under this administration. By seeking to undermine the rule of law which guides our justice system there can be no reform of our broken justice system. Repeatedly, his attorney general William Barr has undermined the justice system and become more the president’s lawyer than the country’s impartial attorney general. No healing in crime victims is possible, no transformation of offenders can occur, and no peace in communities when the justice system is no longer trustworthy. Those who are wrongfully convicted and seek justice will continue to be ignored.

Trust in the justice system has been questioned long before the 2016 election. Yet we have seen our trust and confidence in the justice system torn down today through this president. No democracy is strengthened through lies. Those in power have great power. But those in power, the president and his attorney general, can never be above the law. They, too, must be held accountable for their actions—a principle of restorative justice. But we have seen no accountability in the last four years and thus justice is not realized today.

I endorse the Biden ticket not because of the positions he has taken previously on crime, but because of the harm done by this sitting president. This administration can no longer be trusted to represent us. We need a president committed to doing justice. I trust Vice President Biden because he has shown he cares for this nation through his record as a public servant and his commitment to the rule of law. That I can count on. Biden does need a bigger vision for justice—a justice based on restorative justice. I believe his administration will be open to this new vision of justice supported by so many nationally with the help of organizations like Restorative Justice International who work victims of violent crime, ex-offenders and those  committed to seeking a better more just way forward.

It is clear to me that the path we are on now is dangerous and harmful to our justice system and to the values we hold dear in America. There is no healing today because this sitting president cares not about those in our prisons and jails or for those who have been victimized. We need a new vision and a fresh start. We need to be there for the Biden administration. We ask that he work with us to deliver this critical fresh start for America and for our democracy.

Thoughtful reasoning based on facts not fear. Thank you.