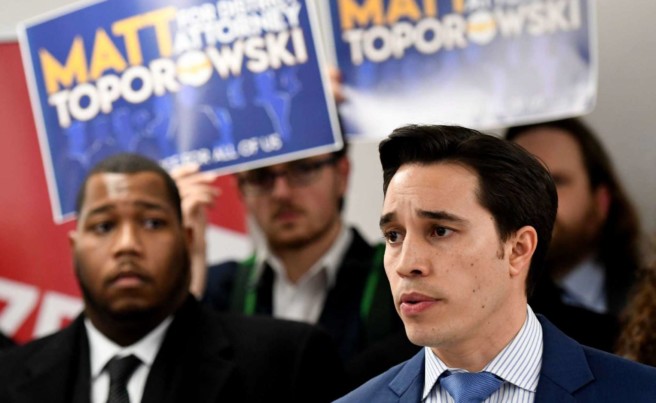 Today’s podcast is with Matthew Toporowski.

Matt is a candidate for District Attorney in New York State’s capital city, Albany.  He is a former prosecutor, defense attorney and civil litigator who has tried cases from each side of the system, as well as handling appeals. Matt resigned as a prosecutor from the current District Attorney’s Office and is running to bring systemic criminal justice reform to the state’s capital.  As a prosecutor, Matt handled the busiest courts in Albany County and managed the misdemeanor drug court and veterans’ court. He quickly became well-regarded by local judges, public defenders and the criminal defense bar for his fairness, reasonableness, and compassion in handling criminal cases. Matt supports victims-driven restorative justice.

Matt is in a primary battle against 16-year incumbent David Soares, who as head of the New York District Attorney’s Association opposed and fought to rollback reforms to bail, speedy trial and discovery that the New York Legislature passed in 2019.  Soares is also the named plaintiff in the lawsuit to block the Commission on Prosecutor Conduct Commission from going into effect in New York. This legislation was passed by the Legislature and signed into law by Governor Andrew Cuomo. RJI supported this legislation along with other justice reform advocates who are working to address wrongful convictions in America’s justice system.

RJI is pleased to bring this podcast conversation with Matt Toporowski to you as we highlight and showcase candidates we think show great promise to bring restorative justice to bear on our broken justice system. The primary election is June 23rd. Listen.