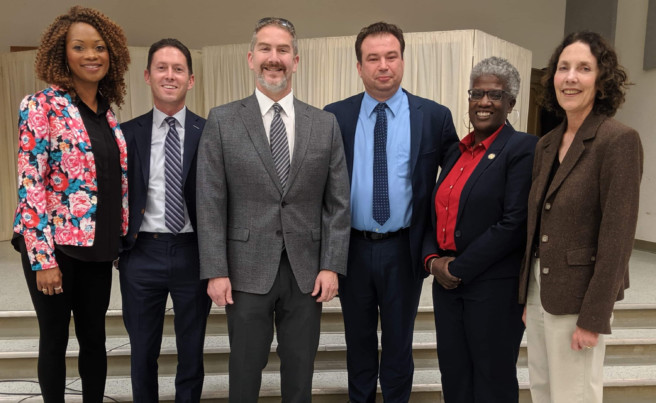 RJI was pleased to participate in the Davis Vanguard forum and dinner in Davis, California which convened a powerful panel of speakers presenting on justice reform with an emphasis on prosecutorial conduct, wrongful convictions, mass incarceration and restorative justice. The speakers represented viewpoints from a national and global perspective.

Featured keynote speaker was Jeffrey Deskovic, exonerated for murder and rape after serving 17 years in a New York prison. Deskovic was first arrested at the age of 16. He is president of the New York based Jeffrey Deskovic Foundation.

Key points made by Lisa Rea, president, Restorative Justice International during her speech on restorative justice and wrongful convictions:

RJI thanks the Davis Vanguard and Davis Courtwatch for sponsoring this important event.

The following are two videos of speeches given at the forum: Lisa Rea and Jeffrey Deskovic. Lisa shares RJI’s short video and connects restorative justice with wrongful convictions.

Jeffrey represents the Deskovic Foundation & his work. Jeffrey tells his own story of his own wrongful conviction.