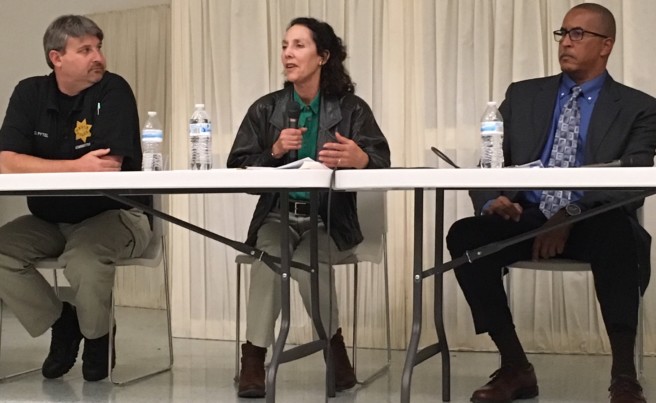 Lisa Rea ‘s remarks during the Davis forum focused on her expertise with the use of restorative justice after violence, crime or conflict but also introduced the concept of Restorative Policing. The link to this story from the Davis Vanguard (October 12, 2017) includes RJI’s White Paper produced in 2016 and its Restorative Policing Webinar also released in 2016. The two-hour forum was spirited and expansive in nature with presentations from each panelist and questions from the community members present. There was great interest in the concept of restorative policing. RJI is hopeful that the seeds were planted in a way that can produce fruit in the future in the city of Davis.

What is Restorative Policing?