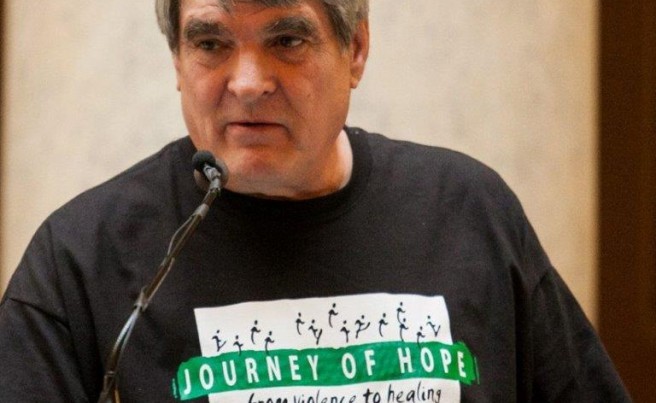 RJI reports this story with great sadness. We have told the story often of Bill Pelke whose grandmother Ruth Pelke was fatally and viciously stabbed to death in Indiana in 1985 by four teenaged girls including Paula Cooper. Cooper was sentenced to death but later that sentence was reversed due to Cooper’s age. Cooper was released from prison in 2013. Bill Pelke tells his story of forgiveness of Cooper as he has worked over 30 years to end the death penalty in the U.S. Pelke is also a strong advocate for restorative justice. He was in contact with Cooper during her years in prison. He was prepared to assist Cooper after her release. That offer was never advantage of by Paula. She took her own life on May 25, 2015.

We remember the life of Ruth Pelke today as we re-post this story.  Bill’s work in the name of his grandmother goes on through his work with Journey of Hope: From Violence to Healing. RJI is pleased to have the Journey as an affiliate member.  We honor his work today and the others who have joined him and the Journey. We hope and pray that more healing can come from such tragic violent acts. It is through murder victim’s family members like Bill Pelke that healing on some level can and does occur for crime victims, offenders and communities.

See and hear the story here via nwitimes.com