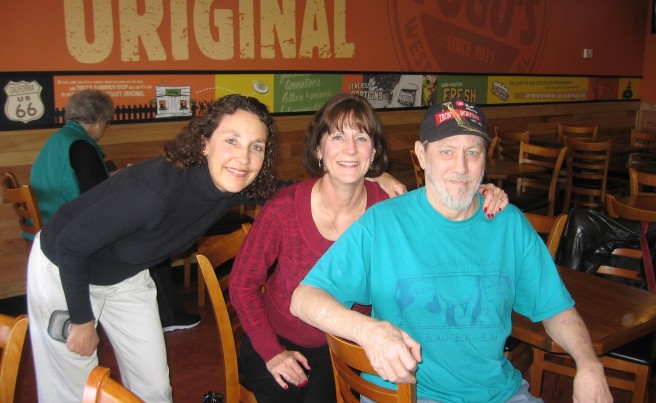 This blog article is in memory of exoneree Greg Wilhoit who passed on Feb. 14, 2014 in Sacramento, California. I first wrote about Greg’s life in 2010 posted here through rjonline.org.

I spent time with Greg twice while he was hospitalized in California but thankfully what took Greg’s life was life itself.  He was far too young to die. Though on Oklahoma’s death row for a crime he did not commit the state of Oklahoma did not kill Greg. Through the commitment of his family and some great legal work Greg was freed. But the lasting effects of a conviction for a crime he did not commit plus the loss of his wife, whose life he was accused of taking, plus serving that time on death row took a terrible effect on Greg. Wrongful convictions do that to every man and woman who has lived to tell the story.  It’s wrong. Each exoneree deserves compensation after the state makes an error. Unfair? I don’t think so. Each innocent man and woman should be paid back for the years they’ve lost and the pain they’ve suffered when the state gets it wrong. We can do a lot more.

Restorative justice is about offender accountability and in these cases those who are responsible should be held accountable. When the real offender is not caught, which was the case in Greg Wilhoit’s life, the state has produced another victim of crime. Greg deserved compensation but the state of Oklahoma never paid Greg a dime. His name was never cleared. That’s wrong.

I’m honored to have met Greg. I remember him now–his sense of humor, his intellect.  I am glad that he knows his life did count to those of us who met him, cared for him, and respected him for speaking out about the justice system that tried to kill him. This is for Greg, but also for the other exonerees I ‘ve met on the road to justice.  Your lives count. We appreciate your witness. May the world treat you with kindness and recognize the injustices you’ve suffered. But we must do more to make things right for those who have suffered for crimes they did not commit. There are so many.

Story on Greg from the Tulsa World (obit):