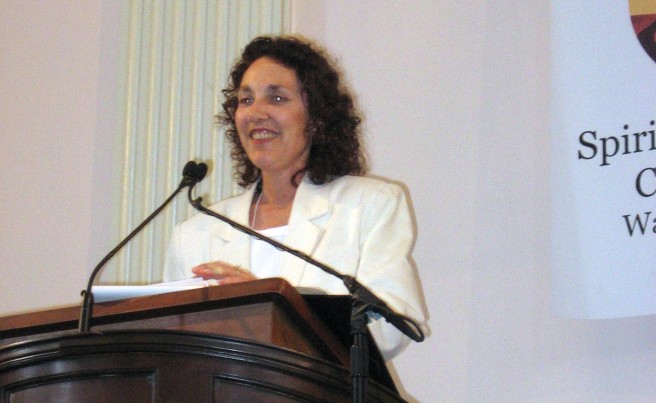 I recently had a conversation with a friend from Rwanda. He is pastor I met through Prison Fellowship International (PFI) at a worldwide convocation held in Sofia, Bulgaria in 1998.  At that time he had attended a seminar where I spoke about an in-prison restorative justice programme PFI had created and I was fortunate enough to be asked to direct its first pilot. After my speech the Rwandan pastor asked me if I thought this in-prison victim-offender programme could be used in Rwanda after the 1994 genocide. I said with much confidence, “Yes!”  I did not know why I felt so confident about the use of this restorative justice programme and how it could be used after such unimaginable violence but I boldly said it would.

In 2012 the Rwandan pastor and I reconnected after many years. During a recent phone conversation he and I discussed the aftermath of the genocide and the work that still needed to occur there.  Rwanda’s justice system, however, had announced in 2012 that gacaca justice, its community court process which is similar to restorative justice processes, was “closed.” (BBC News) The work to restore victims, the families of victims and hold perpetrators of the genocide accountable was complete, a fact that was questionable at best.  But I was surprised to hear my friend ask me that day, “How can you explain this violence (the genocide/the level of violence)?” He was not really asking me that question to find an answer, I assume, given he would know much more than I about the tribal conflicts in his homeland and the country’s history. My response to him that day was, “Evil.”

I told my friend that I was just finishing a book about the holocaust in Nazi Germany and the extermination of millions of Jews. Genocide. I knew as much as most Americans about Nazi Germany and the holocaust. I had seen the documentaries and had memories of facts I learned in school. But at the end of 2012 I read a number of books about the holocaust with personal stories about Nazi Germany including “Anne Frank Remembered; The story of the Woman Who Helped to Hide the Frank Family” by Miep Gies with Alison Leslie Gold. That book led me to read “Schindler’s List” by Tom Keneally, and “Eva Braun: Life With Hitler” by Heike B. Gortemaker.  Each story deeply affected my thinking about this terrible scourge in history. Whether seeking to understand the killing of over six million Jews (Nuremberg Tribunal) or attempting to understand the systemic slaughter of at least 800, 000 Rwanda Tutsis in 1994 (Human Rights Watch)  there are, of course, no answers at all. What kind of understanding can you reach? As we confront acts of severe violence anywhere globally we still seek to know why. We ask why and we ask how: why did it happen and how could it have happened?  Who tried to stop it? We seek to understand so, we pray, to prevent such violence from happening again.

To me, the idea of “evil,” definitely exists. Some of my colleagues who labor in the field of justice reform and restorative justice around the globe prefer not to label offenders, (i.e. those who commit violent acts against innocents). I would agree that it is often, it not always, unwise to label human beings as “evil” but acts of violence and depravity can certainly be called such. Some are concerned about labeling human beings as “monsters” after they commit violent acts. I, too, believe that human beings are capable of change. I believe any human being can be redeemed. I have been challenged on that point over the years but I still take that position largely driven by my faith. However, it also must be recognized that acts of unimaginable violence such as the Rwandan genocide and the Jewish holocaust should be remembered as evil acts to remind us of those who were killed and to warn us of what can happen at the hand of man. Yet, considering the butchering of hundreds of thousands of Tutsis in Rwanda in 1994 it seems we learned nothing from Nazi Germany. We did not remember or least in this case there was no “global memory.” We did not respond—until it was too late.

These books, particularly the story of Miep Gies and her husband, tell of the great personal risks taken in hiding the Frank family from the Nazis as well as the heroic and daring acts of Oskar Schindler who saved some 1100 Jews (Jewish Foundation of the Righteous) from Nazi death camps. But these stories should do more. They should provide hope to us today and challenge how we live in a sometimes very violent  world. Even so one person can make a difference and does.  As is written in Schindler’s List quoted by Leopold “Poldek” Pfefferberg, “A man who saves a single life saves the world entire.” (Talmud, Sanhedrin 37a)   In doing restorative justice work we work to restore those injured by crime and violence but we also seek to prevent (or stop) violence. I believe that applies to the work of restorative justice around the globe. We take a stand because we must. Perhaps we cannot answer the why’s and the how’s after violence occurs but the important work of restorative justice does allow individuals, and sometimes states and nations, to take a stand against violence and yes, sometimes evil. We do seek to restore peace, shalom, where violence has destroyed it.

This is Lisa Rea for Restorative Justice International. Join us in 2013.

(All rights reserved; email for permission to reprint @ restorativejusticeinternational@comcast.net)