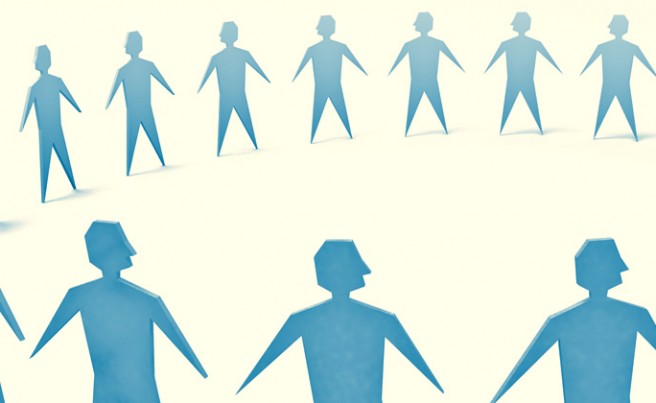 >>
>> On 8/19/2012 6:56 PM, segasinde john wrote:
AfterApril 1994 Tutsi
>>> Genocide in Rwanda,Gacaca justice worked well as a
>> restorative justice because it brought healing and
>> comfort to both surviving victims and perpetrators ,by the
>> fact of truth telling.Truth telling through sincere
>> ,deep ,repentance ,and confessions was and is for genocide
>> perpetrators,a real process to healing,making peace with
>> self conscience.After July, 1994-up to 1998,the Rwandan
>> community was silent about genocide crimes. suspects were
>> arrested without any tangible proof ,of their crimes,because
>> the only eye witnesses were relatives of those who did the
>> mass killing and no one was ready to disclose the
>> truth,until suspects in prisons confessed what they
>> have done,often convinced by the Spirit and the Word of God
>> preached to them since 1995. These confessions were like
>> vindication on behalf of genocide victims,hearing the
>> perpetrators confessing in details ,peoples they killed by
>> names,when and how they killed them ,saying it in public,was
>> also bringing
>>> relief ,and healing to victims ,whose
>> claims and suffering was finally ,recognized and
>> confirmed by the perpetrators.
>>> It is restorative justice because it is community
>> justice giving equal opportunity to the victim to speak out
>> her/his suffering ,pain and loss,to the perpetrator to
>> repent,confess,ask forgiveness and repair damages wherever
>> it is possible.it is give to the communities too the
>> confidence of solving their criminal cases and social
>> conflicts,build their own peace and security,trough
>> dialogue,mutual trust and social interdependence.
>>> Gacaca justice in Rwanda after genocide ,took the
>> opportunity to restore too ,Rwandan human and social
>> values,such as truth
>> telling,integrity,honesty,responsibility,compassion,being
>> the neighbor security keeper.
>>> Gacaca justice in Rwanda did not go far in my
>> opinion,because of the following reasons.
>>> 1.reparation to victims was not done in proper
>> manner,even not talked much about.
>>> 2.the objectives or subjective reasons why hutus
>> repetitively planned and did tutsi genocide were not clearly
>> recognized.
>>> 3/some political leaders who were involved in
>> genocide,but serving the current government were protected
>> by the government even when proof from prisoners were
>> evident of their involvement in Genocide[e.g;former governor
>> Rucagu Boniface,former senator Safari Stanley,former premier
>> Minister Rwigema
>>> the current correctional services commissioner
>> ,Rwarakabije Paul etc…]
>>> This political tactic may be for unity and
>> reconciliation purposes has re victimize genocide survivors
>> and victimized genocide perpetrators who were in prisons
>> while their leaders in killing were like their judges.
>>> 4/The current government did not well assumed the
>> responsibility of the role played by the former government
>> by giving arms and sensitizing interahamwe and Rwandan
>> community to Tutsi genocide.it is supposed to take the
>> responsibility to reparation and apology on behalf of the
>> former government.
>>> I wish from here Rwanda ma y continue the process of
>> healing the inner wound and infirmities of surviving
>> genocide victims by facilitating the reparation by
>> perpetrators as much as possible,and help many physical
>> ,mental or emotional handicapped with appropriate
>> medical care.
>>> Continue to root restorative justice concept and
>> practices into Rwandan traditions and laws,because it is the
>> only way to restore humans values able to rebuild
>> peace,safety and security for Rwandan more than heavy
>> arms,and well trained army.Restorative justice concept such
>> as gacaca ,is Rwnadan and African concept of justice where
>> everybody,victim-offender-their families-community at large
>> comes out as a winner,because there acceptance and
>> reintegration of offender and victim by and within community
>> as useful member of the community
>>> This practice is lost a long ago replace by western
>> classical justice which has a been corrupted
>> justice a long the way,because what matter is the result and
>> not the process,which results depend only on the judges,easy
>> to bribes in African poor country,so justice in real sense
>> has been forgotten for a long time,
>>> John Ngabo.
>>> National prisons Chaplains coordinator in
>> Rwanda-D.R.CONGO -Burunduithrough FEP[evangelical prison
>> ministries]
>>> peace-builder and reconciliation agent through
>> restorative justice dialogue
>>> — En date de : Ven 17.8.12, Restorative Justice
>> International
>> a écrit :

Thank you, John, for your important comments. It is very good to hear from you since Rwanda is your home country.
RJI is in agreement with you. The process is just beginning. Healing and restoration of victims, and communities, must continue and can do so through restorative justice processes.

After 1994 Tutsi genocide gacaca courts worked as restorative justice ,because it is a community justice ,where the genocide perpetrator and the surviving victim comes willingly before the community ,made of neighbors,families and friends,and talk sincerely about the crime,the offender recognizing the crimes ,damages caused to the victim by the crime ,apologizing and ready to make reparation where possible,and the victim to publicly make known her victimization,suffering and loss,and request for reparation and protection.
these public truth telling from sincere hearts,about genocide crimes,and will to make ammend and reparation by the offenders, were a healing factor to both offenders and victims,as well giving hope to the community and leaders for a better safer ,peaceful and trust worth future community.
Gacaca courts were restorative justice because the processess was inclusive,victim+0ffender+community and the outcome was satisfying to all parties involved.
This Gacaca justice empowered also the victim,by condemening the genocide crime,and facilitating the offender to apologize and ask for forgiviness,some times in tears.
The community were encouraged too,as the offenders ackowledged ashamed by the genocide they did ,that they not do it again or do others crimes like.
But gacaca justice did not go far enough,for the whole truth were not told,reparation is not yet properly made,healing and trust sitll needs fertilizers,and facilitators,to continue taking place and grow,victims needs more care ,attention,reparation for healing and empwerement,offenders needs more encadrement for change and transformation,and economical empowerement that they be able to make reparation.
The government needs to be aware that restorative justice is the best way to rebuild trust peace and security among Rwanda less expensive than any other programs.
why the government of Rwanda should throw away ,a mecanism which helped them to solve a problen doing justice to a multitude of peoples in so short time ,when in traditional justice this justice was supposed to be done in more one hundred[100 years]years according the government estimation?let Rwandan government understand that Gacaca is not only useful political but also and most it does better justice,healing,reintegrating,less expensive and buiding peace and security.
john ngabo