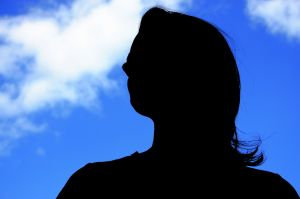 Who decides whether an offender is remorseful and when? Does an offender need to show remorse in order to participate in
a restorative justice dialogue with his victim (or victims)?  RJI believes that remorse is important in participation in restorative justice
processes including victim offender dialogues.  How remorse is expressed is an interesting fact since usually in a criminal court setting an offender would be counseled by his attorney not to say anything.  Thus, the offender is being counseled not to take responsibility
for his actions–something most victims of crime seek from their offenders.  This is certainly an example of an inherent conflict between the traditional justice system  and a justice system based on restorative justice principles where offender accountability is encouraged and stressed.

But who decides if and when an offender has shown remorse?  Do those who facilitate restorative justice dialogues or meetings between victims and offenders determine whether  an offender has sufficiently expressed remorse? Or does the victim of crime decide the timing of the expression of remorse if it is expressed at all?  The answer is often both.  If a victim-offender dialogue is being considered a facilitator often will decide if the offender, and the victim, are ready to move forward and meet. The offender needs to take responsibility for his
offense, and be ready to express that in some way during the meeting, or the meeting in all likelihood would not move forward.  Most well-trained restorative justice facilitators would be  very aware of re-victimizing the victim. There would be a concern that the victim would be adversely affected by the meeting due to the lack of remorse in the offender.  Sometimes meetings go forward and sometimes they do not.

RJI just facilitated such a meeting where a determination had to be made regarding the readiness of the offender. Was he prepared to take responsibility for his actions during the face-to-face meeting? Were we looking for remorse?  Yes, we were looking for the offender to be ready to take responsibility and express that in the meeting.  Defining remorse is difficult. But maybe it is best to say this: you know it when you do not see it. Or at times, you know when the offender is not prepared to move forward. RJI is a strong advocate of victims-driven and victims-centered restorative justice. That means that victims are the ones who decide whether or not to pursue a restorative justice dialogue.  It could be, as is sometimes the case, a victim will meet with his/her offender and the act of meeting along with any acknowledgement of responsibility by the offender will be enough to increase the victim’s satisfaction with the process. That is a key factor since a victim’s view of the restorative justice dialogue is critical to a judgment of a meetings and its success or lack of success.

RJI does conclude that remorse is important. That the offender is preparing to take responsibility for his crimes when he agrees, voluntarily, to participate in a restorative justice meeting.  We also believe that the likelihood of change and transformation increases when an offender takes responsibility and through the act of showing remorse. There is healing in that which leads an offender to remorse and taking responsibility for one’s actions. It is good for victims, offenders and the community at large.

(to reprint this opinion contact RJI; all rights are reserved)